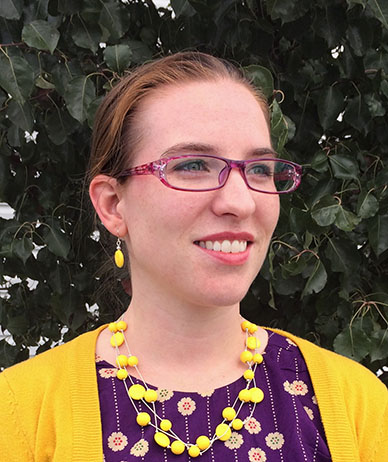 April I. Neander is a professional scientific illustrator specializing in mammal paleontology, but also does work in broader fields of biology, such as anatomy and botany. April has worked as the illustrator and visualization expert for the Luo Mammal Paleontology Lab at the University of Chicago since 2012. In the Luo Lab, April fills the additional roles of lab manager, CT data specialist, and UChicago PaleoCT technician. Her illustrations range from technical pieces for scientific journals to editorial illustrations to captivate public interest.

April started work at the Luo Lab after earning an M.S. in Biomedical Visualization (BVIS) at the University of Illinois at Chicago. Because of the program’s focus on technology, when April attended in 2010-2012 she was able to focus on various digital media, such as 3D sculpting, CT data, and animation.

April became aware of the field of scientific illustration while studying Biology at the University of Vermont after taking the Painting and Drawing Botanicals class. This class coincided with a Mammalogy course, and the two worked synergistically together for her.

In her free time, April hones her artistic technique by doing visual studies of a wide variety of animals and plants. She is fortunate to live in Chicago, where there are a plethora of resources available at local zoos, museums, and art communities.

Listed as Co-Author in